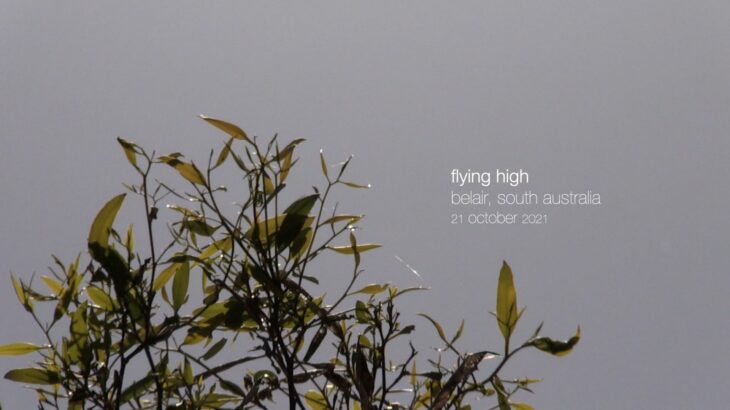 We rarely notice the abundance of flying insects in the air. In this short video, I take advantage of the lighting at the time to show the incredible number of flying insects darting around that are normally unseen.

In the first part of the video, the sky is clear, with the sun just out of view to the top of the screen. The insects appear as bright flashes, as they reflect sunlight back towards the viewer. This is equivalent to an optical phenomenon well-known in microscopy called dark-field imaging, where an intense light source is off-axis, so that only highly reflective or refractive objects are seen.

In the second part of the video, the clouds come across and we see the insects backlit in silhouette. The clouds seems to change colour, which is due to refraction of the off-axis sunlight through varying thicknesses of water vapour in the clouds.

The video was taken with a long telephoto lens and a shallow depth of field, centred on the Grey Box eucalyptus leaf tips (where you can also see some spider silk shimmering via the same optical effect as the insects). So the depth of air in which we can see the insects is only about 1 metre or less. As I changed the focus, there were just as many flying insects in any other focal plane.

The birds in the audio are mostly red wattlebirds and rainbow lorikeets.